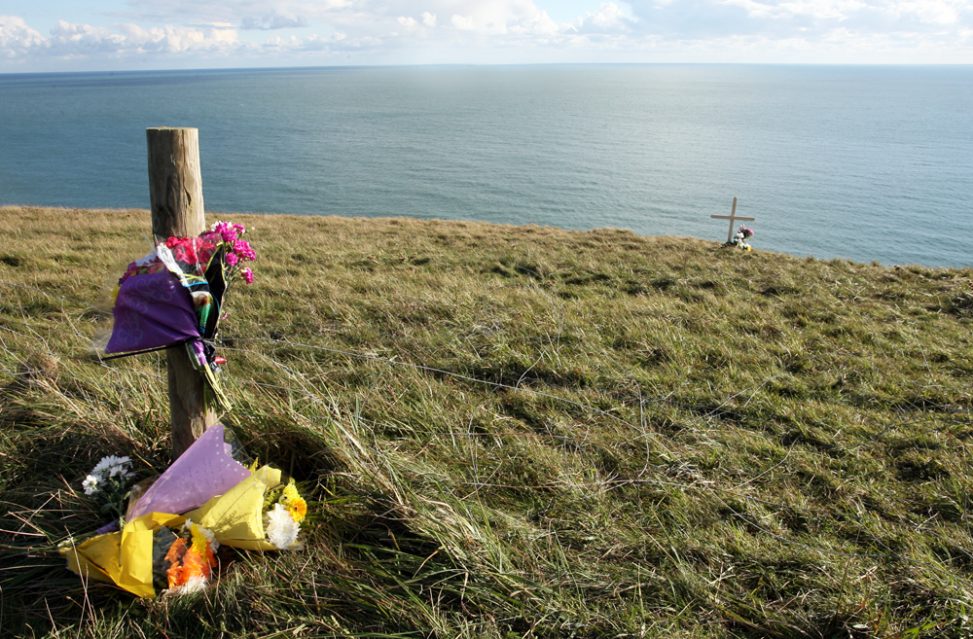 Floral tributes were left alongside a cross at the scene on Culver Downs where 20-year-old Robert Hayball died after driving off the cliff edge before plummeting to the rocks and sea below.

Mr Hayball had an arguement with his partner earlier in the evening. He was intoxicated.

The incident was the second at Culver Downs in a fairly short period of time, attracting the interests of national and regional press.

Photographs were published by Sky News.