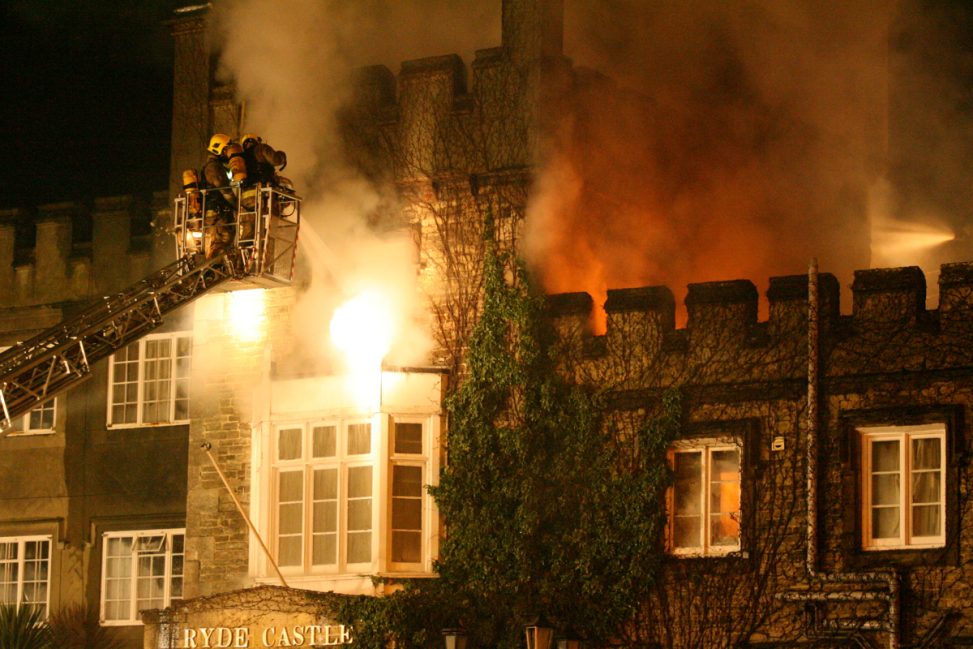 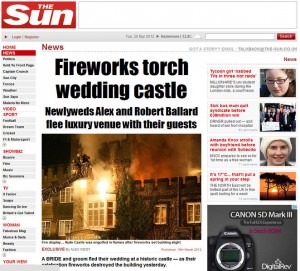 Ryde Castle – a hotel – was severely damaged by fire after a wedding party let off fireworks from the roof, which led to a fire developing.

The wedding couple fled from the building alongside their guests, only after ignoring the first fire alarm.

The story and photographs were sold exclusively to The Sun and the photographs later appeared in Real People magazine.