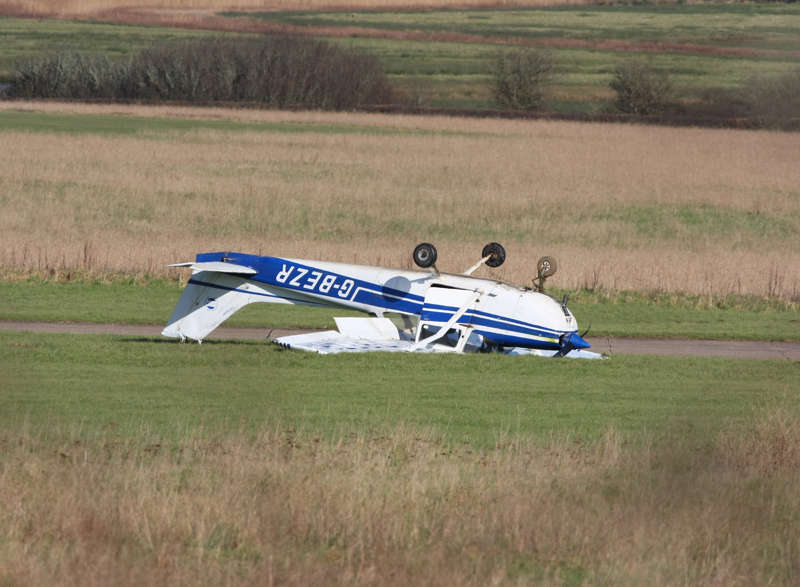 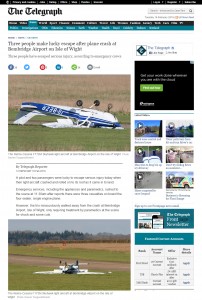 Three people walked away from a light aircraft that flipped upside down at Bembridge Airport.

Emergency services raced to the scene after the Cesna plane flipped and came to rest on its roof. Amazingly only cuts and bruises were sustained.

The photographs of the incident were used by The Telegraph (online), ITV Meridian, Metro (print) and The Times (print).